The New Space Race: Why You Should Care About Exploring the Deep? 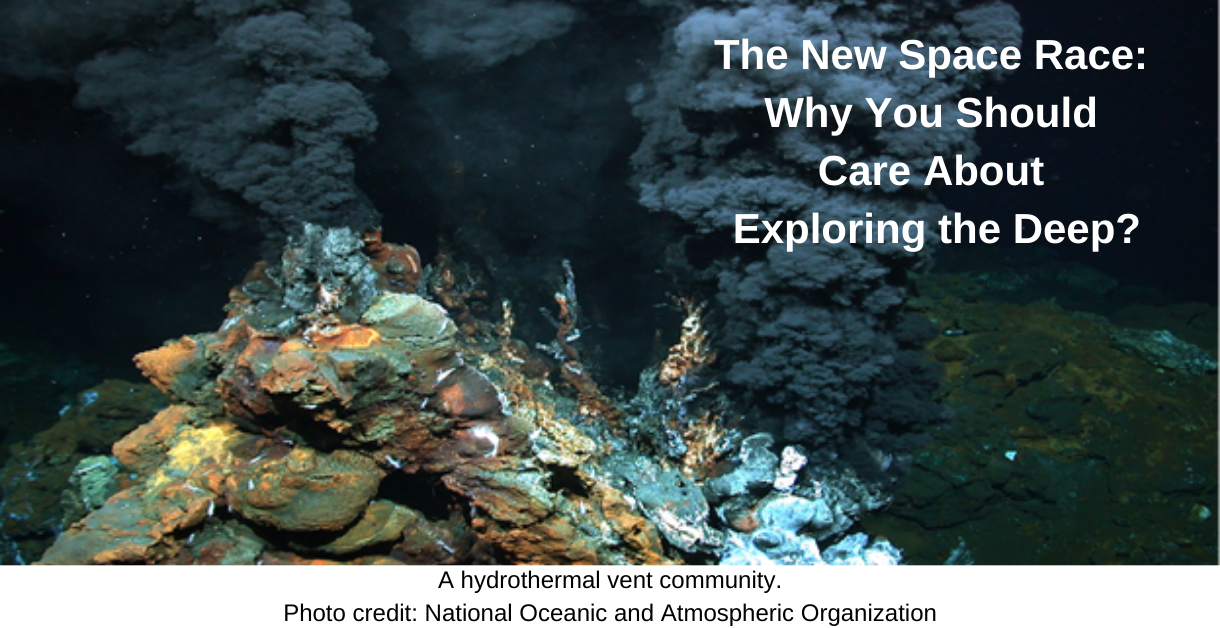 1.   Exploring the ocean uses cutting-edge technology. The conditions of the deep-sea, little to no light, and extreme temperature and pressure, make it a difficult place to study. Scientists are using technologies like multibeam and side-scanning sonar, lidar, satellites, and submersibles to learn about the deep-ocean. Undersea vehicles can carry cameras and sampling tools into previously unreachable depths. Advances in video technology are giving everyone a glimpse into this extraordinary world, as many expeditions are streamed online. The livestream from the NOAA R/V Okeanos Explorer can be viewed here.

2.   Exploring the ocean has led to the discovery of new ecosystems that can teach us about what extraterrestrial life might be like. Hydrothermal vent ecosystems were first discovered in 1977 using the manned submersible Alvin to explore the Galápagos Rift. Hydrothermal vents are locations where seawater meets magma. Scientists were astounded to find these areas teeming with life. Until this point, it was thought that all food webs required sunlight. Here, organisms use chemosynthesis, a process that uses the energy in inorganic compounds to produce food. Hydrothermal vent organisms are considered “extremophiles” because of the high temperatures and pressures of their habitats. In addition, the concentration of many chemicals, like hydrogen sulfide, found in these ecosystems would be toxic to most organisms. Scientists are interested in studying “extremophiles” because they inform us about the range of conditions under which life is possible, and hence, provide information about where to look for extraterrestrial life and what that life might be like.

3.   Deep-sea organisms have evolved interesting adaptations. Organisms that make their home in the deep ocean often have sharp teeth, large mouths, and expandable stomachs to take advantage of any available food. Even in the darkness of the deep sea, camouflage is important. Some invertebrates, like jellies, are transparent, rendering them almost invisible. Many deep-sea organisms are red and thus appear black in the absence of red light at depth. Many organisms found here employ bioluminescence. Typically bioluminescence is used to warn or evade predators, to lure or detect prey, and for communication between members of the same species. The lanternfish is an example of counterillumination, as it has light-producing organs, called photophores, along its underside making it difficult to see from below with the small amount of light filtering down from above. 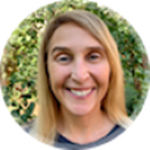 Join Chrissy on July 29, 2021, at 11:00 AM Pacific for a free webinar and gain an appreciation of the topography of the seafloor and basic survey techniques. In this webinar, students will use easily obtained materials to simulate how scientists map the ocean floor.

Plus, you can always save 20% on amazing Ocean First Education curricula at the Co-op.