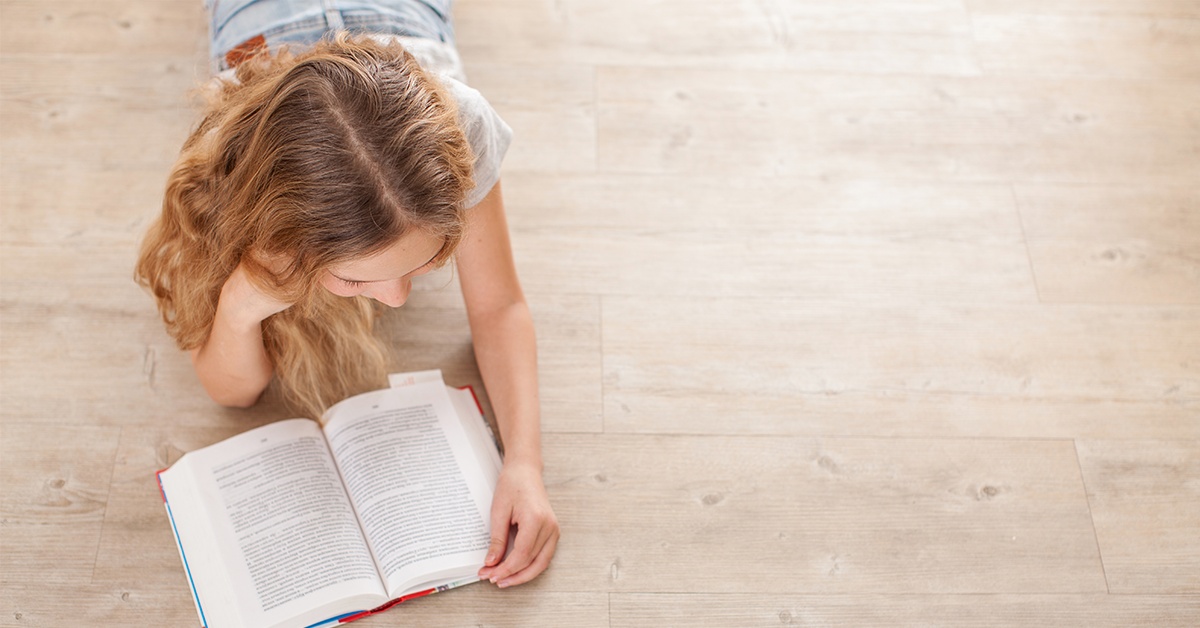 Do you have a child who does not like to read or struggles with reading? Despite my best efforts to encourage the love of a good book by reading to them from birth, limiting television and screen time, providing access to great literature, and trying to be a good example of a reader, sadly, all three of my children avoided reading like it was the plague. As adults this is completely their choice now, but while homeschooling it was challenging at best. It was necessary for them to read the material for their subjects in order to gain the knowledge they needed to complete their courses. There just weren't enough hours in the day to sit with each one to be sure they were actually reading the material and I certainly could not spoon-feed every drop of information to them. What would that benefit?

I discovered that all three of my children were strong audio learners and incorporated a few tools that worked for us for some of our subjects.

• Reading Out Loud– We always had a book that was read aloud in the evening. Even when my children were well into their teens, they enjoyed sitting back and listening as the stories unfolded, often asking to hear another chapter. I don't know about you, but there were times when I would start to get drowsy reading out loud. Several times I can remember even nodding off to be awakened by their laughter. So, we began taking turns as the reader. This addition to the read-aloud ritual not only helped improve their reading skills, but we sometimes chose a non-fiction book or biography related to something they were studying that enhanced their learning. At first, I chose fun books with a simpler language so there would not be a lot of correction going on and they could enjoy the experience. As they got older and became more confident readers, we moved on to higher level texts.

• Audio Books – These were a life saver when we dug into the older classics. At times we found the language and rhythm of the book to be difficult as a family read aloud but listening to the story read by someone who actually knew howto read the story helped keep the focus on the content and not on the wording and pronunciation. As we listened, we often followed along in paper (and later digital) copies of the book, which in turn helped improve vocabulary and word recognition skills. Our absolute favorite resource for free audio books is LibriVox. Here we found thousands of classic audio books that could be listened to online or downloaded as MP3s and burned to CDs or played on audio devices to be taken wherever we went.

• Companion CDs & DVDs – We were lucky in that we used some curriculum such as Apologia Science, Saxon Math, and Mystery of History that also had companion CDs & DVDs. Having these audio and visual resources available to us meant that complicated concepts could be reviewed repeatedly improving comprehension, gaining exposure to more difficult words, and developing stronger critical thinking skills. My kids could focus more on the topic they were learning and less on the mechanics of deciphering words. This helped improve their ability to commit to memory what they needed to know without the frustration they found in reading the material word for word.

As an added bonus, while working around the house or running errands, I regularly listened to the audio material prior to assigning it to my child so I would actually know (and often learn for the first time myself) what was going to be learned: Big plus in my book. 😊

Not all our reading was in an audio format and my children did graduate reading and comprehending at a college level, but having these resources available to us proved invaluable in our household of reluctant readers.